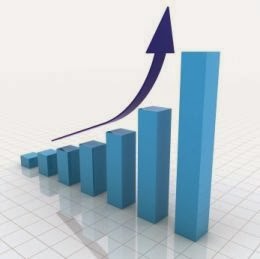 Indian equity markets opened on positive note and build on the morning gains to end near day's high. Breadth of the market was on positive side and was in favor of buyers. In our last write up we mentioned 6200 is stiff resistance for Nifty and on the closing basis it managed to close above this technical level. If we sustained above this level than Nifty will set up for up move till 6250-6270. Nifty on daily and weekly charts has formed a bullish candlestick and closed on upper end of the candlestick. This hints that momentum is in still favor of bulls. Going ahead Nifty has first hurdle around levels of 6250-6275 and if Nifty sustains above this level then gates for 6320 will be opened. On downside 6170 and 6145 will act as strong support.

Country's largest two-wheeler maker Hero MotoCorp reported 5.61% rise in total sales at 530530 units for November this year. In the same month last year, it had sold 502305 units. The sales update came post market hours yesterday and hence the stock may witness some buying in today's session.

Operations at state-run National Fertilizers may be affected next month if the company does not get Rs 1200 crore in outstanding subsidy. Although the government recently paid Rs 1400 crore, the company still faces a liquidity crisis due to the high price of natural gas, which is used as feedstock for its three plants at Bathinda, Nangal and Panipat. The stock is likely to trade with a negative bias in today's trade.

IRB Infrastructure Developers has unpledged 20 million shares, which account to 6% stake in the company. These shares are held by both Virendra Mhaiskar and his wife Deepali Mhaiskar. The shares were release from their pledge with Kotak Mahindra Prime. The stock may trade with a positive bias owing to this development.